Are you a Jewellery artist ...who lives in Greece and you aren\\\\\\\'t Greek?...who develop his/her work in Greece? … who has somehow a special connection with Greece? … who is interested what is happening in the Greek art and cultural  set?

You must be an artists working in Contemporary Jewellery, no- Greek, can apply for this exhibition with a maximum of 3 finished works with a small statement for this work (works sent in the application form are those that will be exposed, drafts are not accepted). Applications must send via email on info@as-gallery.gr or via wetranfer to info@as-gallery.gr will contain all requested data. Other ways to submit will not be taken into consideration. If data sent is wrong or incomplete, application will be canceled.

Deadline to apply is August 27th 2017, midnight. Applications sent after the deadline will not be accepted. Only one application per artist will be accepted (first application sent)(1 to 3 works).

Applications will be selected until September 3th 2017 and  the selected artists will be informed of the curators choice by email. The selected works will be displayed at the gallery managed by AS Gallery, in Iraklion- Crete (Greece). The selection will be done by Agapi Smpokou (contemporary jewellery creator, curator and director of AS Gallery), Konstantinos Proimos (PhD Art History ) Ioannis Archontakis (Manager of the Contemporary Art Museum at Chania- Dromonero, Olivepress ) .

The artist may present freely his vision of the theme. Free choice of media/materials/size for the jewellery. Works presented must be original, created within the last 2 years and never showed before at the AS Gallery or in the region of Crete. Up to 3 artworks can be submitted by each artist. Works can be to sell or only to show.

The selected artists do not have to pay any fee to participate. The only expenses are the shipping to send us your work to the gallery for exhibition.

The selected artworks must be delivered at least 10 days before the opening (22nd September 2017). The artists have total freedom to make their artwork, however organisers may refuse to show the artworks if they are displaced in their message (e.g. discrimination, racism, hate, etc …), are detrimental to the image of association, if the quality of execution is deemed insufficient or if works sent are not those presented in the application. The artists will send or drop the artworks to their costs.

The selected artists allows to AS Gallery to reproduce in all media and data sent for the purpose of promoting of the exhibition and its archives, in any form. Assignment of the right of media reproduction granted by the ARTIST is non-exclusive, non-transferable, unlimited territory for the distribution of reproductions.

(*) Dates schedule will be sent to the selected artists.

The Statement for the exhibition XeNION by Dr Konstantinos V. Proimos ( member of the jury)

Modern Art as the Parade of Illustrious Foreigners

The notion of modern art is an invention of foreigners. What is thereby meant is not solely that in Paris of the second half of nineteenth century lots of foreign nationals, notably Pablo Picasso among many others, came to settle and practice their art, something which of course is significant and demonstrates the aura of Paris as a cultural metropolis of 19th century. What is rather meant is that modern art primarily indicates a departure from established artistic conventions and an immersion into new and unknown fields of artistic inquiry. The new, that which had always been neglected until the time that the artist cast his glance upon it, the marginal, the not yet discovered or not yet adequately thought, became a forceful criterion for artistic production all along the twentieth century and still continues to prevail. It is in this sense that modern art involves the foreigner in the sense of the stranger and the outcast. Many French people and first and foremost Cezanne himself, were foreigners in their own country, for their audience, critics and colleagues refused to understand and accept their art which was deemed too unusual, to say the least. Cezanne in particular who worked with thick layers of paint and undefined, simplified forms and left everything incomplete was scorned by his colleagues, the impressionists who raised objections about including him in their collective exhibitions.

One may give several examples besides Cezanne from the history of modern and contemporary art which demonstrate that the notions of the foreign or the foreigner with all their rich implications and ramifications are in the core of the artistic inquiry. Having of course said that, the preoccupation with the foreign as the new and the other, predominantly characterizes modern art and modernism and is less prevalent in contemporary art. This preoccupation started with impressionism, the earliest precursor of modernity.

In all justice, in approaching the exhibition on the boulevard des Capucines, one should divide it into two parts: one which cannot be too highly encouraged, the other against which one cannot react too strongly; the first which has every right to our praise, the second which should be very vigorously rejected; the latter despicable, the former worthy of great interest.

Caron follows this ambivalent lead formed already in the first paragraph of his review all along his text: he regrets the seeming absence of all rules, the fact that the new school of painting does away with line and color, unable to reproduce any form animate or inanimate and equally unable to make through color any form look like reality. The excesses of this school [the impressionists] that advocate painting only impressions of all things, “disgust” as products of mystification or mental derangement.

The foreign and the foreigner challenge the rules I am familiar with. This is the lesson of Caron’s review. The foreign and the foreigner summon my world and thus suspend everything that is known and familiar forcing me to re-examine all certainties and assume responsibility for the world in which I live and the humanity with whom I live. «Le tiers me regarde dans les yeux d’autrui-le langage est justice.»  claims Emmanuel Levinas who considers the relationship to the other person as paramount for my responsibility. Towards the end of the twentieth century Levinas claims that the other person is primarily the foreigner,  placing thus an emphasis on the foreigner which could only be matched by Plato’s late dialogues in which the strangers who come to the city of Athens radically question its morals and its customs with justice in their view.

2. “The third person looks at me through the eyes of the other-language is justice.” This is my translation of the phrase quoted in French from            Emmanuel Levinas, Totalité et Infini. Essai sur l’exteriorité, Paris, Martinus Nijhoff, 1971, p. 234.

4.See for example The Statesman in The Dialogues of Plato, transl. Benjamin Jowett, London, 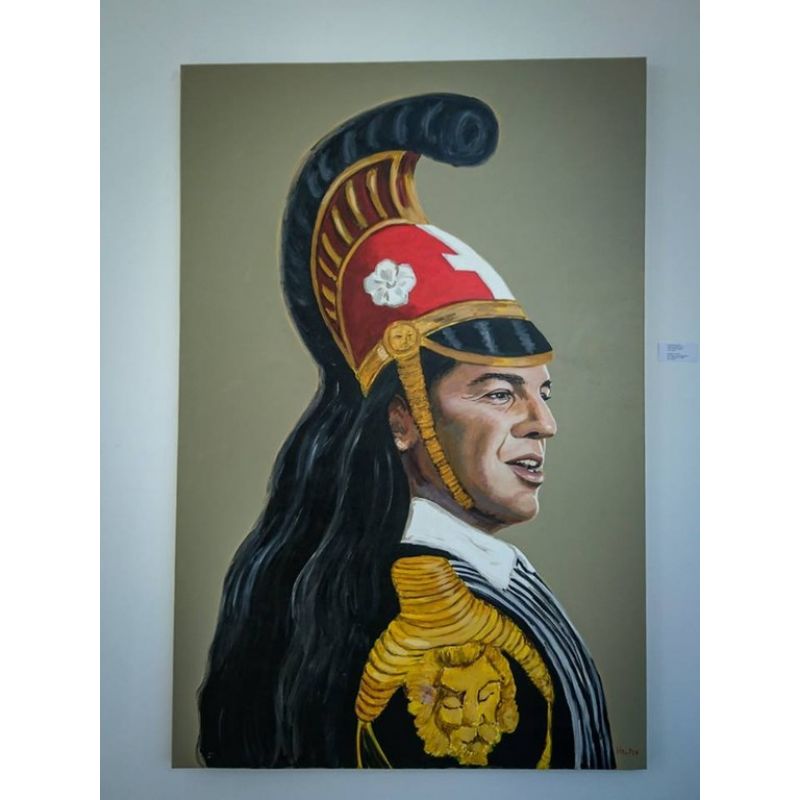