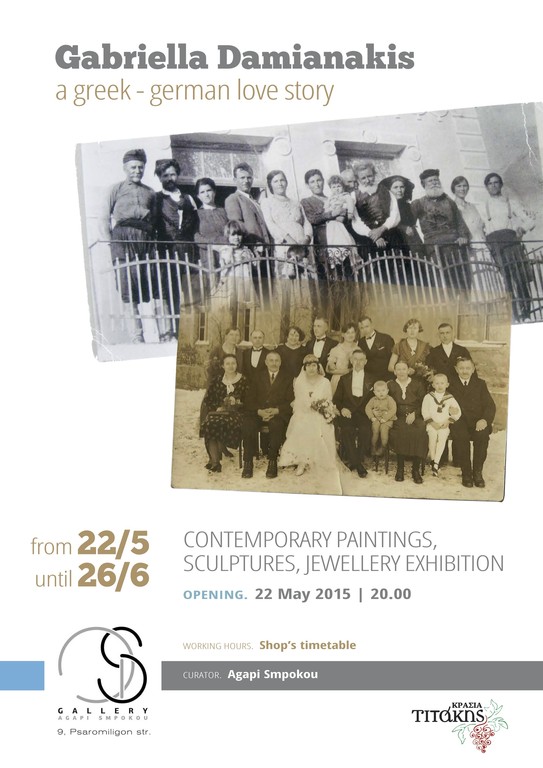 a solo contemporary art and jewellery exhibition by Gabriella Damianakis

Gabriella Damianakis was born in East Berlin in 1967. She is half Greek, half German and studied in Rome, Italy, at the Accademia Delle Belle Arti School. She has been living permanently in Crete since 2013.

She is a highly traveled artist. She has lived in three different countries. Four key cities that have marked and continue to mark their life and works. East Berlin, Crete, West Berlin, Rome. She lived her own homeric adventure through her work.

The Greek-German love story of her parents begins with her father, a Greek man from the island of Crete (Galia) when he came to Germany in West Berlin and a German citizen woman from East Berlin, at a time when only the West Berlin residents could cross the Wall and visit the East for 24 hours.

Damianakis lived in East Berlin until 1975. Then her family came to Greece on the island of Crete and her father's fatherland in Galia, temporarily until the conditions favored and returned to West Berlin.

This very story and the memories of her childhood, the summer months in Crete, catalysed the subconscious return to her roots by influencing her artistic search and course.

Her "homelessness" for the homeland was subconsciously driven to Crete, to the sea, to freedom, to the wildness of nature, to the simplicity of people's behaviour and to the intensity of their emotions.

“The work of Damianakis in jewellery reflects the Greek element in this art. The freedom of the metal form is intractable as the phytomorphic representations remind us the Greek and not only the history of the jewellery.

The dynamic form of the wave symbolizes freedom in her sculptures and paintings. The choice of dominant blue transforms your initial feelings, after the balance that results from this play of power and serenity.” 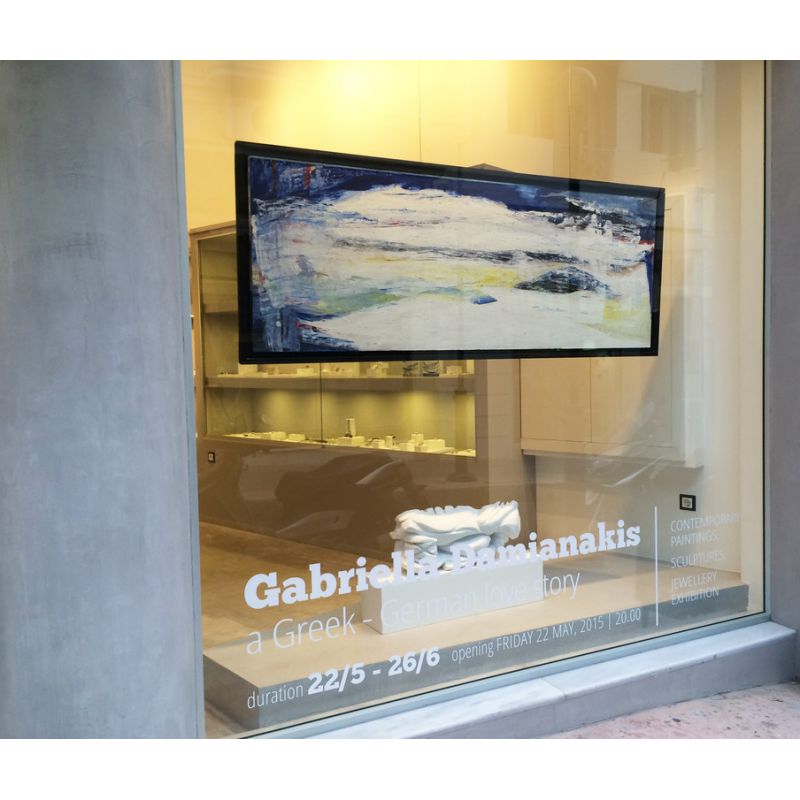 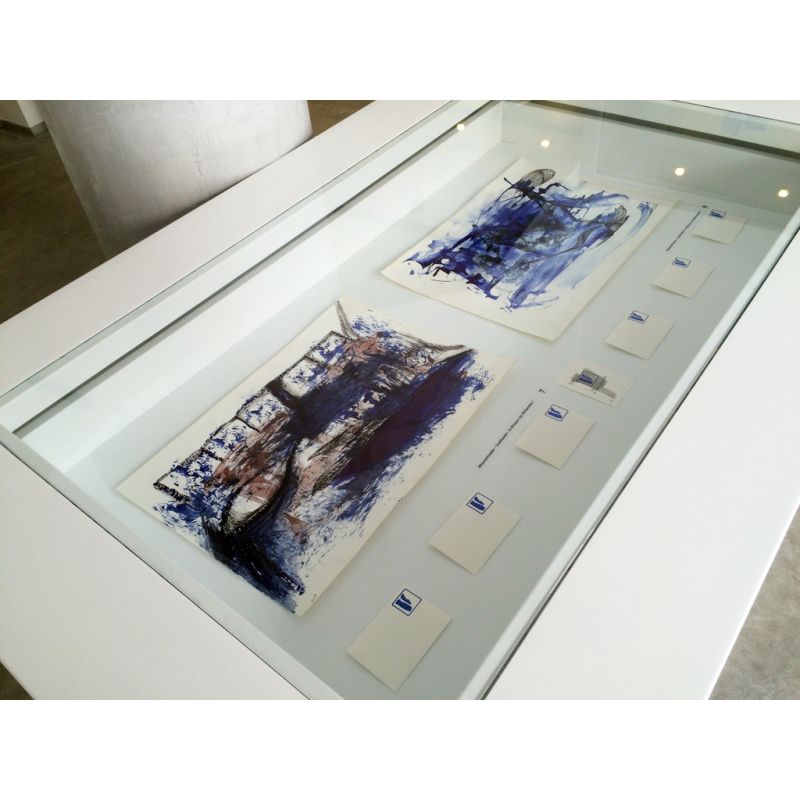 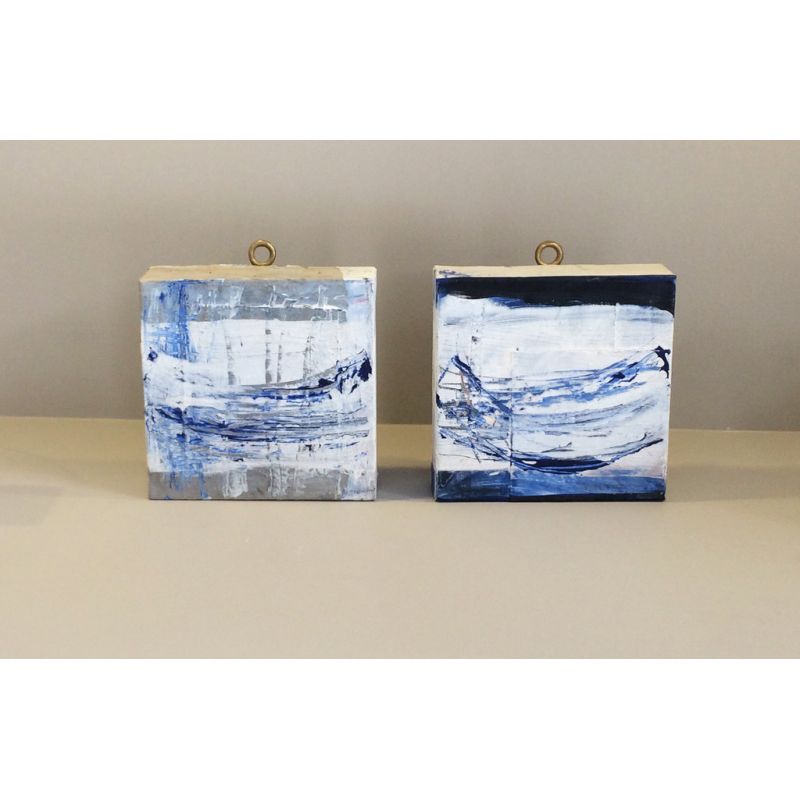